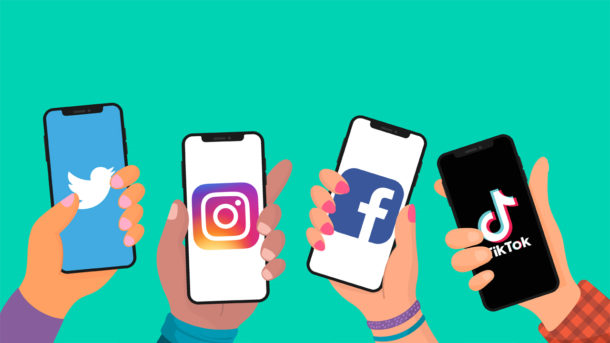 The portrayal of minorities in the media can influence how people see and understand themselves and others in the world. As a powerful social force that most of the world has access to, it can shape society and the environment all around us. So, when people don’t see themselves represented in elements of pop culture it can affect their mental health.

Understanding the role of media becomes crucial when it comes to the misrepresentation of racial and ethnic groups and the stereotypes that are automatically tied with them.

Some people often look to trends on social media when looking to form their own identities. When you see people who look like you, act like you, speak like you and have the same cultural background as you, it serves as an inspiration for your own personality.

“Due to the different trends all over social media platforms, I personally have changed a lot. For me social media serves as an inspiration. For example, social media inspires people to spread body positivity, which is a big thing for people my age. It also inspires people to be proud of who they are and where they come from. It shows that everyone is unique and special in their own way.” Sophomore Jennalise Montanez.

Some might disagree with the idea that the media is used as a source of inspiration. It can be argued that social media is causing kids to think that they must fit in or be like everyone else, instead of accepting who they are.

“Social media sites provide tools that allow people to earn others’ approval for their appearance and the possibility to compare themselves to others. Writer Frances Dalomba said.

Most children in this generation look to the media for role models, they tend to imitate the way their favorite characters dress or even the way they talk. The characters they admire and the stories they watch in the news send both subtle and explicit signals about their value, families, and their race in society.

“Children of all ages and all races recognize the power of media in their lives. From the shag haircuts of the women on ‘Friends’ to the baggy fashions of the hip hop music scene, the influence of media on today’s children can be seen everywhere. And beyond superficial messages about style and appearance, children are getting more formative messages from the media.” Lake Sosin Snell Perry said.

Growing up in today’s world comes with many challenges, you deal with stereotypes and the assumptions that are attached with them. When students see something that they can relate to in the media it gives them a sense of comfort and satisfaction.

“I remember when I was younger, me and my sisters would go to the movie theater to watch the latest movies and nothing would bother me but as I started to grow up, I would always wonder why some of the characters in these movies didn’t look like me and my family or why I couldn’t personally relate to them. I realized that there wasn’t a lot of diversity in the stuff that we would watch. So, it would feel weird to not find anything relatable. But now in this moment, I see more shows or movies that have characters that either look like me or share the same similarities as me and it honestly makes me more engaged in what I’m watching.” Junior Ryan Dwyer shared.

Shedding light on the unique backgrounds of everyone in society leaves people hoping that everyone can receive the same opportunities, having diversity in the media open the doors for anyone to set dreams for themselves and try their hardest to turn them into reality.

“America is a land of immigrants; a melting pot of cultures, beliefs, ethnicities and to get a real perspective of who the American people are and what they think and hold important we need to hear from people of every group to get every perspective.” Writer Paula Bendfeldt-Diaz said.