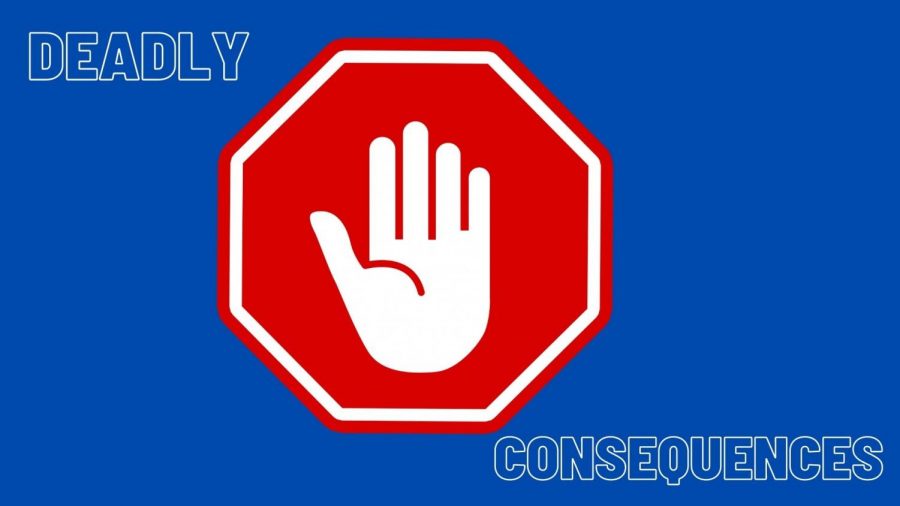 Car engines quietly rumble against the isolated pavement waiting to ignite, in an instant the drivers are propelled forward. In a second of complete bliss, the racers neglect an incoming car, there is no time to stop, no time to change lanes, no time to undo their actions.

“A race may be prearranged or may occur through a competitive response to conduct on the part of one or more drivers which, under the totality of the circumstances, can reasonably be interpreted as a challenge to race.” The 2020 Florida Statutes states in its description of street racing parameters.

Road racing in the United States had its origins during prohibition in the 1930’s. Coupled with the great depression, people began making modifications to their cars to increase their efficiency.

“Though large organizations, especially the National Hot Rod Association, had Virginia members, it was the smaller local clubs that gave “motorheads” a strong sense of identity and the opportunity to meet frequently with other car buffs in their communities.” Blue Ridge Institute & Museum of Ferrum College said.

In the 1950’s car clubs became the newest fad, with groups meeting to make alterations to their cars and participate in drag racing. A growth in street racing prompted the release of new legislation making unsanctioned street racing illegal and punishable by the law.

“During the 1950’s, small communities of car clubs began forming. Car clubs were made up of those who shared similar cars as well as interests. The individuals who formed these car clubs were appropriately named “Greasers”.” Erical Dale, an enthusiast of car culture wrote.

Since then, additional legislation has passed to address the drivers that continue to race, some states making the prevention of street racing one of their top priorities. The dangers that street racing poses has been the main reason for officials to undertake the issue.

Street racing culture can be traced in main media such as films like the Fast And Furious and Initial D. The movies acclaimed fame for their portrayal of underground and illegal street racing.

““I was a big proponent when they opened the racetracks for people to come in and race because then it’s on a track and there’s some sort of safety to it,” creator of the Fast And Furious series Garry Thompson said in an interview with the Los Angeles Times.

As writer for Odyssey Online of Antioch University Santa Barbara, Jeff Kong states, the culture of street racing and modifying cars are two separate branches. While some people choose to modify their cars others choose to use these modifications to improve their agility during races.

“However, some people misunderstand street racing and modifying vehicles. They will assume a vehicle that has a loud exhaust, rear exterior or racing wheels is used for street races and the driver is dangerous.” Kong wrote.

While some versions of media have glamorized street racing, the dangers that it poses can be infinite. The results of high speed collisions with objects and people have led to catastrophic accidents because the driver may not be able to maneuver well when operating their car at high speeds.

Although the number of accidents that are reported as speed racing pales in comparison to the number of citations that are issued in a year, the effects of these accidents can be devastating. In Davenport, one street racing accident led to two fatalities one of which was an 11-year-old child.

“The innocent ones are usually the ones that die. From my understanding, these two that were involved in this fatality walked away like nothing and were more concerned with their cars, are they totaled, you know, no remorse,” Osceola County Sheriff Marcos R. Lopez. ““No child should be killed because of someone’s negligence, especially racing.”