Disney is Bringing a New Definition to Family 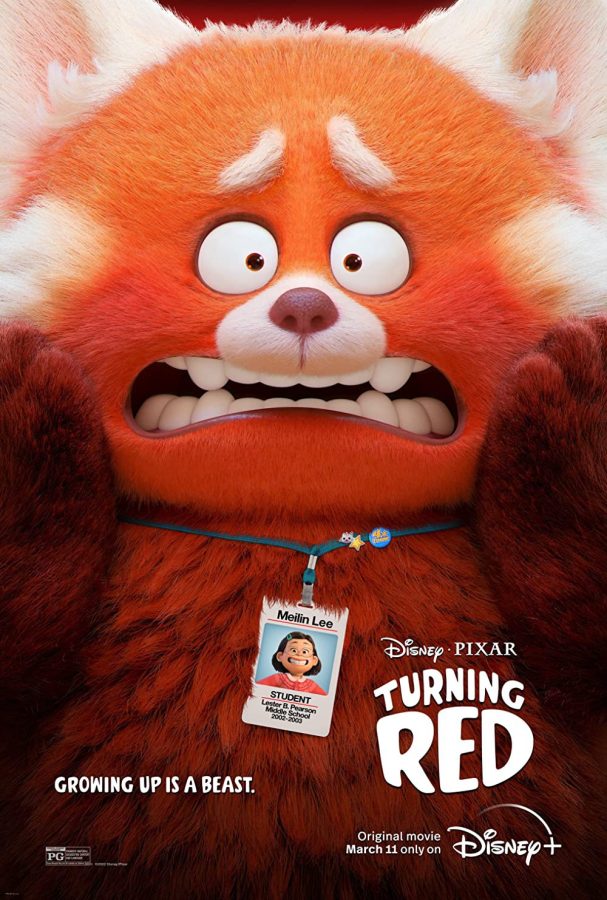 Disney and Pixar are on another streak with “Turning Red” releasing to the online platform and people are falling in love with the characters and the message behind the movie.

In 2002, Meilin “Mei” Lee (voiced by Rosalie Chiang) is a 13-year-old Chinese-Canadian girl living in Toronto. She helps take care of the family’s temple dedicated to their ancestor, Sun Yee, and works to make her strict, overprotective mother Ming (voiced by Sandra Oh) proud. Mei hides her personal interests from Ming, such as the fact that she and her best friends Miriam (voiced by Ava Morse), Priya (voiced by Maitreyi Ramakrishnan), and Abby (voiced by Hyein Park) are fans of the boy band 4*Town.

Ming discovers Mei’s crush on the local convenience store clerk and unintentionally embarrasses Mei in public, including in front of school bully Tyler (voiced by Tristan Allerick Chen), which leads Mei to have a vivid nightmare involving red pandas. The next morning, Mei has transformed into a large red panda. She hides from her parents and discovers that she only transforms when she is in a state of high emotion. Ming initially believes Mei is experiencing her first period but finds out the truth when she further embarrasses Mei at school, causing Mei to transform and run home.

Ming and Jin (voiced by Orion Lee), Mei’s father, explain that Sun Yee was granted this transformation to protect her daughters, and every female family member since then has also transformed when they came of age. This has become inconvenient and dangerous, so the red panda spirit must be sealed in a talisman by a ritual on the night of the Red Moon; the next being in a month’s time. Mei’s friends discover her transformation but take a liking to it, and Mei finds that concentrating on them helps control the red panda within her.

Ming allows Mei to resume her normal life but refuses to let Mei attend 4*Town’s upcoming concert. The girls secretly raise money for the tickets at school, exploiting the popularity of Mei’s red panda form. Mei agrees to attend Tyler’s birthday party as the red panda to cover the last ticket. At the party, Mei discovers that the concert will be held on her ritual night. She becomes angry and attacks Tyler when he insults her family, scaring the other children. Ming discovers Mei’s activities and accuses her friends of corrupting and taking advantage of her. Mei fails to come to her friends’ defense because she is ashamed and afraid to stand up to her mother.

Mei’s grandmother, Wu (voiced by Wai Ching Ho), and her aunts come to assist in her ritual, to Ming’s dismay. As Mei prepares herself, Jin finds videos she took of herself as the red panda with her friends and tells her she should not be ashamed of this side of her. During the ritual, as Mei’s red panda form is about to be sealed, Mei decides to keep her powers. She abandons the ritual to attend the concert at the SkyDome with her friends, who forgive Mei for her actions at the party and discover Tyler is also a 4*Town fan. However, during her escape from the temple, Mei inadvertently damaged her mother’s talisman; an enraged Ming transforms into a kaiju-sized red panda and disrupts the concert, intending to take back Mei by force. Mei and Ming argue about Mei’s independence, and as they fight, Mei accidentally knocks her mother out.

The rest of the family arrive to help. The women break their talismans to use their red panda forms to help drag Ming into a new ritual circle. Mei’s friends and 4*Town join in singing to complete the ritual, sending Mei, Ming, and the other women to the astral plane. Mei reconciles with Ming and helps her mend her bond with Wu, whom Ming accidentally scarred in anger at some point years ago before sealing her red panda form. The other women conceal their red pandas in new talismans, but Mei decides to keep hers, and Ming accepts that she is finding her own path.

Later, as the Lee family raises money to repair the damage caused at the SkyDome, Mei and Ming’s relationship has improved, as Mei balances her temple duties—where her red panda is now an attraction—with spending time with friends, now including Tyler.

During an early 2020 recording session, director and producer Domee Shi suddenly surprised Chiang with an additional script page, in which Shi, reading in character as Ming, offered Chiang the role. This session, right before the onset of the COVID-19 pandemic in the United States, turned out to be their last one conducted in person. To keep production going, Pixar shipped an enormous amount of professional audio equipment to Chiang, who turned one of the rooms in her parents’ house into a makeshift recording studio. Sandra Oh was Shi’s top pick for Ming, as besides being both an Asian Canadian, Shi believed Oh could cover the range of complex emotions they wanted to portray in Ming.

Shi was also inspired by “My Neighbor Totoro”, in creating an “iconic grabbable giant animal that you just want to rub your face in”. Shi also compared the plot of the film to Disney’s “A Goofy Movie”, a similar coming-of-age movie involving a parent and child trying to mend their relationship, with a pop band as part of the film’s climax. The film also deals with puberty, though the film does not directly talk of biological changes. For example, Mei’s mother mistakes Mei’s reaction to her transformation for her first menstruation.

Shi said they were “unapologetic” about the discussion of these topics in the film; the title Turning Red is an allegory for menstruation. Red also reflects other feelings experienced by teenagers, according to Shi, such as embarrassment or lust. Shi and her staff had feared that studio executives would want the scenes referencing puberty removed, but the scenes were accepted. Rona Liu served as production designer, after doing so for “Bao”. Liu said that working on a feature film was “a dream come true”.

In general, I think the movie did well and really capture some of the issues teens/ kids might be facing nowadays. It seems recently that Disney has been holding onto the theme of family after “Raya: The Last Dragon” and “Encanto”. The only thing I would say is that I really would have liked to more from Ming’s [Mei’s Mother] character, perhaps even a flashback just to get a grasp as to her relationship with her mother and what happened between them and her panda.