The Oscars or the Drama? 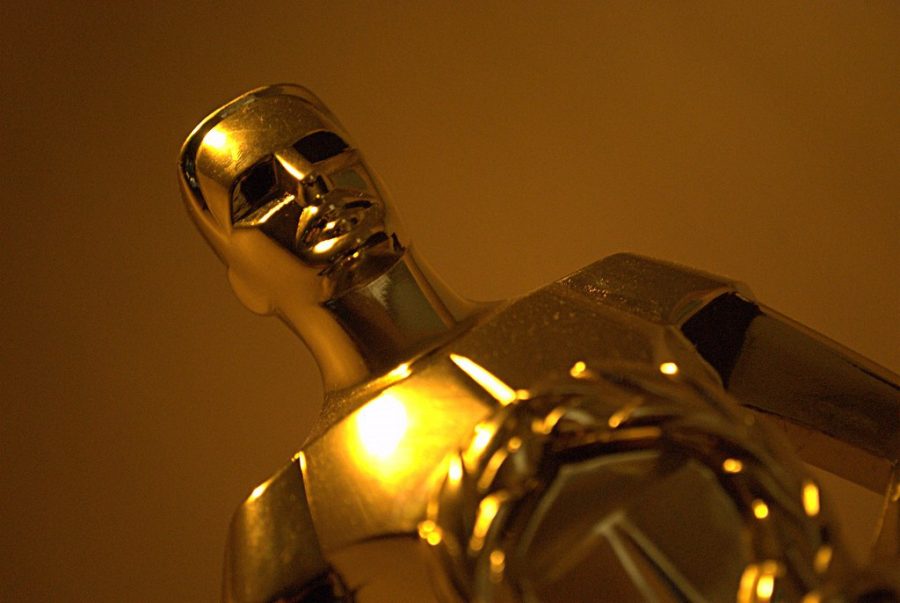 "Academy Award Winner" by DaveB is marked with CC BY 2.0.

The focus changes and the energy in the room turns cold, as everyone had all eyes on Will Smith and Chris Rock. An event that should not have been the focus of violence, puts the spotlight on some of America’s best actors and comedians.

Aside from all the fighting, the night is dedicated to those filmmakers, actors and actresses who worked hard and put in their effort into films that we enjoyed and would become perhaps one of our favorites. Let us take a look at the nights nominees and winners!

Actress in a Supporting Role

Actor in a Supporting Role

Dune [WINNER]
Free Guy
No Time to Die
Shang-Chi and the Legend of the Ten Rings
Spider-Man: No Way Home

Encanto [WINNER]
Flee
Luca
The Mitchells vs. The Machine
Raya and the Last Dragon

Actor in a Leading Role

Actress in a Leading Role

For those who watching live and those who heard about it in the news or from your friends, everyone heard about the slap between Will Smith and Chris Rock. It all started when Chris Rock went on stage and made a joke about Jada Pinkett Smith’s alopecia (sudden hair loss that starts with one or more circular patches that may overlap). Jada was clearly not having it, as it is visible to see her roll her eyes, before moments after we see Will Smith walk up stage towards Rock, and slap him in front of national and international television – adding on with some obscene remarks.

News was everywhere and eventually becoming a laughing joke from TikTok to the Grammys that followed the Oscars, as hosts made jokes about the incident itself.

Will Smith made a public apology on Twitter, addressing his behavior and how unprofessional and disrespectful it was to the Academy. The big question that was on everyone’s mind was: Is anything going to be done about it? The answer is yes.

The Academy tweeted out the following response towards the situation:

“The Academy does not condone violence of any form. Tonight we are delighted to celebrate our 94th Academy Awards winners, who deserve this moment of recognition from their peers and movie lovers around the world.”, shifting the focus to the newly Oscar winners.

The Academy determined that “for a period of 10 years from April 8, 2022, Mr. Smith shall not be permitted to attend any Academy events or programs, in person or virtually, including but not limited to the Academy Awards,” per a letter sent by Academy President David Rubin and CEO Dawn Hudson.

“I accept and respect the Academy’s decision,” Smith said in a statement by PEOPLE.

How appropriate that last year’s supporting-actress winner, Yuh-Jung Youn (“Minari”), was the one to present the “CODA” star Troy Kotsur with his supporting-actor Oscar. Both performers utterly charmed their respective awards seasons by giving heartfelt and funny acceptance speeches.

You knew you were in for the moment of the night when Youn announced Kotsur’s name in sign language she had learned for the moment. Then Kotsur took the stage and delivered such an emotional speech — with a heartbreaking dedication to his father, who lost his ability to sign after being paralyzed in an accident — that even his translator’s voice cracked with feeling.

“Dad, I learned so much from you,” the actor signed. “I’ll always love you. You are my hero.” Said Kyle Buchanan.

Additionally, Ariana DeBose became only the second Latina to win an Academy Award, when she took best supporting actress for her performance as Anita in Steven Spielberg’s “West Side Story.” Rita Moreno, who was the first Latina to win an Oscar, for the same role in 1962, could be seen in the audience clasping her hands, undoubtedly proud of her protégée as DeBose accepted the honor onstage.

“Now you see why that Anita says ‘I want to be in America,’ because even in this weary world that we live in, dreams do come true,” DeBose said. She thanked Moreno, calling her a “divine inspiration” and adding, “I’m so grateful your Anita paved the way for tons of Anitas like me and I love you so much.”

But what made the acceptance especially moving came next. DeBose took a moment to reference being the first openly queer woman of color to win an acting Oscar — and to inspire others like her:

“To anybody who has ever questioned your identity — ever, ever, ever — or you find yourself living in the gray spaces, I promise you this: There is indeed a place for us.”

A moment that touched even my heart, even after a dramatic night, a sweet moment between two musical talents of different generations was just what we needed. Presenting best picture were Lady Gaga and Liza Minnelli, whose role in “Cabaret” won her an Oscar for best actress nearly 50 years ago.

When Minnelli, started to struggle with her part of the segment, Gaga swiftly took over, grabbing Minnelli’s hand and allowing her to bask in the crowd’s adulation.

Right as the best picture nominees started to roll across the screen, Gaga leaned down to Minnelli and said, “I got you.” Minnelli replied, “I know.” It felt unscripted, but in a good way.

An inclusive Oscars ceremony is still startling to some of those who have been watching the Awards for awhile (for me since the very beginning) and so it was incredible to see so many different people — Black, white, Latina, queer, deaf, Asian — accepting awards.

What brought it all together, was seeing the audience applaud in sign language for the film “CODA” as a sign of respect, understanding and appreciation.