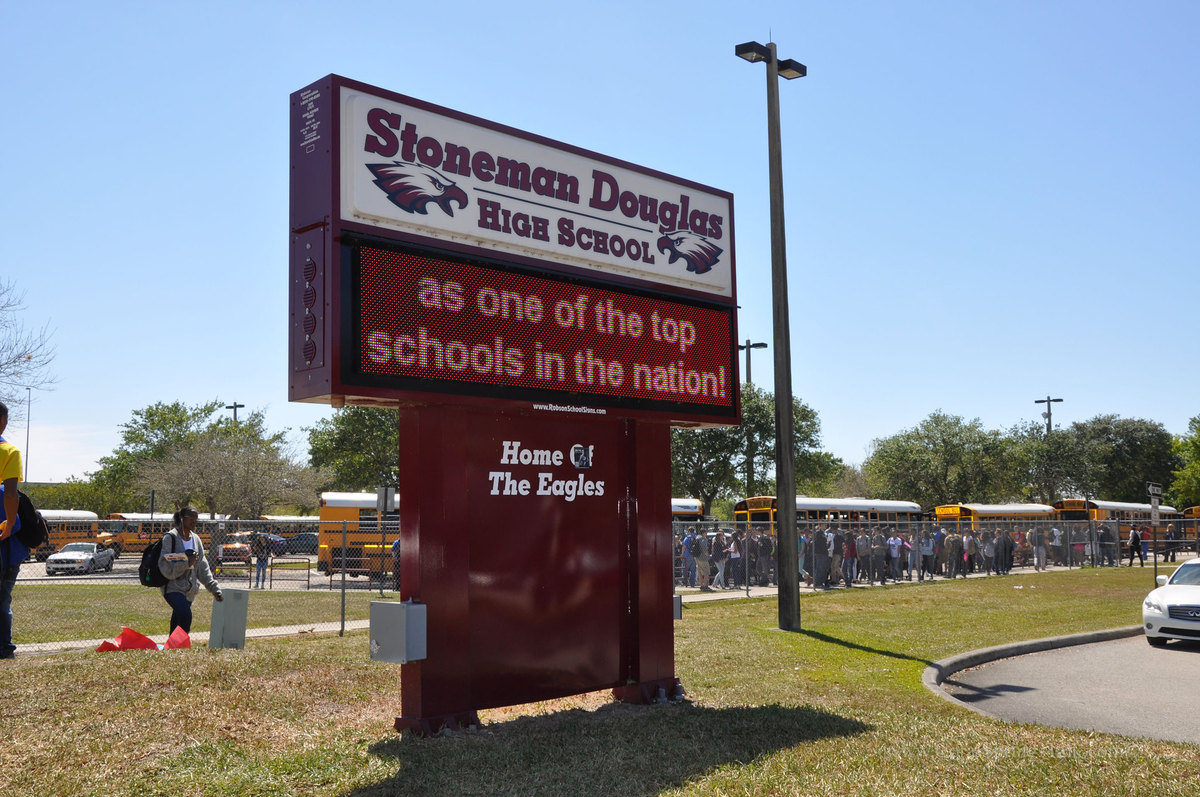 On October 13th, Nikolas Cruz was finally sentenced to life in prison without chances of parole after 4 years of criminal trials.

Four days before Nikolas Cruz’s sentencing, the jury requested to give him life in prison without parole. Cruz’s lawyers decided to not contest a guilty prosecution, asking the court to give him 17 life sentences.

As reported by the National Public Radio (NPR), in 2019, the prosecutors rejected the defense attorney’s plea for 34 life sentences. Cruz pleaded guilty in a court of law on October 15th, 2021. Prosecutions remained set on their goal to give Cruz the death sentence even after he pleaded guilty. Friends and family of the 17 victims were outraged by the sentencing, expressing he should have received the death penalty.

“At the end of the day, those people should live to see the consequences of their actions. They should be able to live and feel that regret, even if they don’t feel or they don’t experience emotions like we do. They should be able to rot in prison, for lack of a better word,” Junior Maria Montero said. “All it [the Death Penalty] does is give them the right to die infamously, and then that just inspires more people to just follow their footsteps.”

As stated in DeathPenaltyInfo.org, arguments on Cruz’s mental health contributed to votes against the death penalty within jurors, Cruz’s defense attorney, Melisa Mcneill, specifically stated that he was a “a brain damaged, broken, mentally ill person, through no fault of his own,”.

“For our school specifically, I wouldn’t say that we do [help with mental health] so so much. We definitely do have access to stuff and can get in contact with people if you need but it seems like the extent of it is like printing the suicide hotline number on your student ID card,” Junior Matthew Mackivitch said.  “Obviously it’s not that helpful, I mean it’s there but it’s like the bare minimum so it does seem like they actually offer that many services compared to what they could be offering to make sure students are healthy and happy.”

According to a PowerPoint titled ‘Unreported Information Showing Nikolas Cruz’s Troubling Behavior’, released by the Florida Department of Law Enforcement , Cruz often brought contraband to the school and joked about shooting up the school along with making social media posts that were disturbing (I.e. dead animals) or just showed off weaponry he possessed.

“For me [the priority] it’s basically to make sure nothing happens to the students that are supposed to be in my protection. And that means, do I put myself at risk, God forbid, something like that happens? And that’s a question that I think a lot of teachers ask themselves, would we be willing to protect our students at the cost of our own life?” Economics and Government Teacher Mrs. Surojanie Walton said.

As stated by the PowerPoint presentation, Nikolas Cruz engaged in troubling behavior in 48 separate instances. including cruelty towards animals, possession of weapons like knives, guns, and ammunition, declarations of hatred for a particular group or individual, declarations of the desire to harm or kill people, and specific threats stating he ‘could go shoot up Stoneman Douglas and he could shoot her [a store clerk at Dollar Tree] too.’

“We do lockdown drills. That is something that growing up we did not have to do. We have to be extremely quiet, that can be frustrating and it’s long. Last year we were locked down for, I believe, four hours last year and we couldn’t do anything,” Mrs. Walton said. “If you had to go to the bathroom you just had to just stay there and so that’s really hard for teenagers who are already very social creatures.”

As a consequence of this tragedy, Florida’s Legislative Branch passed the Marjory Stoneman Douglas High School Public Safety Act. The act requires students of some public schools and charter schools to have student identification cards and put hotline numbers on the back for said students. Schools must make a ‘reasonable attempt to notify’ parents on subjects like medical screenings for any reason, involuntary examinations pertaining to health issues, means of removal from school, etc.

“There’s a school plan in place. So, the E-Hall Pass to know where you guys are because if something happens we are aware and we know if you are on campus,” Mrs. Walton said. “Keeping the doors closed comes from the shooting at Virginia Tech, where the person who was the perpetrator literally just checked if the doors were open and if it was open that’s when they shot people. My shade covers [the window] so you cant see anything inside.”

Licensed Clinical Social Worker (LCSW), Sarah Berger works for ProgressUs Therapy and works with Four Corners Charter to help students with their mental health and talk through any issues they may have.  She attempts to identify the problem at its root and assist students in resolving issues they face in a way that is helpful to the student.

“My position was created due to the Stoneman Douglas shooting, we did not have therapists in charter schools prior to that incident. There is actually state legislation that went forward so all schools have therapists now on site.” Sarah Berger said. “Schools have threat assessment teams, that usually consist of admin, SSO (Safe School Officer), they call me in sometimes as needed, so I think there is a lot more teamwork and discussion involved than there used to be.”

Preventative care is key to avoiding fatal situations. Working with students to ensure that they are taking care of themselves physically and mentally is important in order to teach students healthy habits that will help them in the future.

“We usually start with some education about some anxiety. Understanding where anxiety comes from, understanding how the student gets triggered. Symptoms, we learn about it and we learn about how they feel it and what they respond to. Then they start learning some tools to combat those thoughts.”  Ms. Berger said.