With just only 6 weeks left of football. The playoff picture is starting to get clearer. In perhaps one of those most shocking seasons in memory, teams that once sat at the bottom of the league now rise to the top. Teams that dominated the league now suffer embarrassment after embarrassment. Where do teams sit in the closing half of the season?

As of Week 12, the Chiefs and the Eagles sit above their respective conferences.

The Chiefs (9-2): Without Tyreek Hill and a disappointing playoff exit just one year ago, many began putting doubt on the Chiefs entering the season. As Patrick Mahomes has done since entering the league, the doubters were put to silence. Week 1, the Chiefs smoked the Cardinals in a 44-21 blowout on the road. Mahomes picked up 360 yards and 5 touchdowns. Week 2, the team saw a close 27-24 victory against their division rivals, the Chargers. Going into next week, all money was on KC to win on the round against the Colts. Despite the heavy odds, the Colts managed to beat the Chiefs 20-17. A slow running game could be to blame for this massive upset. For week 4, the Chiefs had to face a familiar opponent. In a superbowl rematch, the Chiefs went on the road to face Tom Brady and the Buccaneers. Thanks to a non-existent Buccaneers run game, the Chiefs were able to walk away with a 41-31 victory. Coming back home against the Raiders would prove to be a much more difficult task than expected. Due to a strong game on the ground by the Raiders, the Chiefs just nearly escaped this match with a 30-29 victory. As the Chiefs went into week 6, they would face perhaps their toughest opponent of the season. The Superbowl favorites, the Buffalo Bill’s. The game was close, Mahomes picked up 338 yards and 2 touchdowns. Two costly interceptions however gave the Bill’s the advantage. Josh Allen managed to the throw it into the endzone three times, sealing a 24-20 victory, a victory that may have serious implications as the season progresses. With this loss behind them, the Chiefs woke up to their mistakes and begin improving increasingly. For the next 5 weeks, the Chiefs would win game after game. Thanks to a few costly losses by the Bill’s and Dolphins, the Chiefs took over first place in the AFC.

The Eagles(10-1): Perhaps no team this season has impressed more than the Eagles. It was well known that this season would be an improvement over the last, but nowhere was it theorized it would be this good. The Eagles started their triumphant season with a 38-35 victory against the Lions. Next weeks 24-7 victory against the Vikings. For their first divisional matchup of the season, the Eagles beat the Commanders 24-8, remember this team for later. For the next five weeks, the Eagles saw win after win. Going into week 10, the Eagles faced what seemed to be an easy opponent. That team being the Commanders. Jalen Hurts was only able to pick up 175 yards, 2 touchdowns, and 1 interception. The run game was slower than usual, only picking up 94 yards compared to the Commanders 152. The game was fiercely fought on both sides, but the Commanders just kept out-playing the undefeated Eagles. The final score of the game was 32-21. With that loss, the hopes for a perfect season were wiped away. As the Eagles evaluated their loss, they had to go on the road to face a seemingly easy opponent in the Colts. This seemingly easy opponent would end up being a closer match than the Eagles wanted. Nevertheless, the Eagles did manage to squeak out a 17-16 victory. Next week, the Eagles came back home and won a shootout against the weakened Packers team. Despite their loss a few weeks back, the Eagles still remain on the top of the NFC.

As it stands, the current playoff picture in the NFL would be the following: 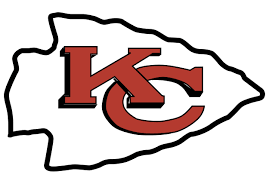 MVP: As he has been for the past few years, Patrick Mahomes is the front runner for MVP favorites.

OPOY: Jalen Hurts remains the favorite for Offensive Player of the Year thanks to an electrifying season by the Eagles.

DPOY: By far the favorite to win the coveted defensive award is Micah Parsons. The last few seasons he has continued to improve more and more.

This season has proved more than any in recent years that anything can happen. Whether it be Brady returning from retirement only to suffer devastating loss after loss, plus a divorce, or the NFC East being the best division in football. At this point, it’s anyone’s Lombardi trophy.